Skip to content
MENU
Homepage / Blog / Which Is Better- SCART Or S-Video?

It’s a tricky task to choose the best video component for your TV or gaming console. Especially when you see lots of sockets at the back of your TV or console, it is all about what and where to connect. For a pro, these things do matter a lot. Right? But for the real experience, some people still prefer analog over digital. In this article, we will help you to differentiate between SCART and S-video with their brief description.

Before jumping to the concepts of SCART and S-video, let’s understand the basics. When a camera shoots a scene, the camera’s lens captures red, green, and blue colors. They are more commonly known as RGB. These signal reaches to the sensors of the camera and produced RGB signals. Now the storage and transmission of these signals are carried out by connectors before finally reaching the TV screen.

The picture element or the pixel consists of the primary colors of red, green, and blue. When a connector is connected to the TV, and the signal passes through, it illuminates the pixels. The moving picture is the result of changes in the frequency of the signal.

Every color we see on the screen is a combination of red, green, and blue color mixed in different proportions. When they are mixed in equal proportions, they give white color. And when none of them are mixed, then it is a black color.

Now that we are clear on the basics let’s understand what SCART and S-video and the difference between them is.

Syndicat des Constructeursd’AppareilsRadiorécepteurs et Téléviseurs or SCART or Radio and Television Receiver Manufacturers was invented in Europe and gained immense popularity in the continent. SCART was used in AV equipment like TVs, DVDs, gaming consoles, and VCRs.

What is the best feature of SCART? If the SCART connector is connected to your TV and switched on, then if you wake up the TV from standby mode, it switches to the appropriate AV channel.

The use of SCART was reduced when digital technologies like HDMI came in to picture. It was a steep decline in the use of SCART. Even though the usage of SCART has been declined since then, it remains the favorite of many.

Below is the image of the female connection of SCART.

See also  LG TVs and HDMI Ports: Everything You Need to Know 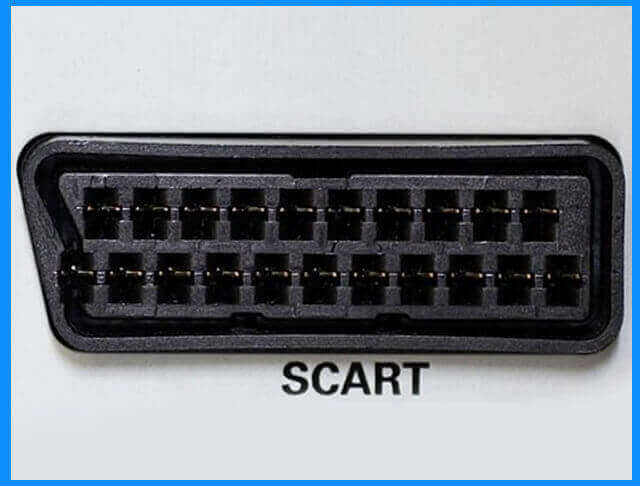 The male pins of SCART are connected to the female connectors.

SCART cable has 21 pins used for transferring audio and video signals. In case if some cables are left unwired, you will encounter disturbances in the RGB signals. Except for this, SCART is an overall performer. It is popular for its versatility because it can carry signals, namely component, composite, and s-video. These signals can be transferred through the same connectors, but not simultaneously.

S-Video or Standard Video signal is an analog signal for standard videos with 576 or 480 pixels. .S-Video is also called Y/C. It has two different signals carrying information. These two signals are luma or luminance or chroma or color. In layman’s terms, luma is the black and white signal, and chroma is the coloring-in picture that controls saturation and hue parameters of a picture.

By separating two signals, a better quality video signal is achieved, which is better than the composite signal. Due to differentiating the signals, it achieves a broader bandwidth and avoids the color cross-talk issues. The result is enhanced picture quality. Even the information collected from the original video source unscathed. But if a comparison is made between S-video and SCART, the latter is more preferred.

S-video uses a single cable to transfer the signals. But it doesn’t combine it with the audio signals.

How Do S-Video Ports Look? 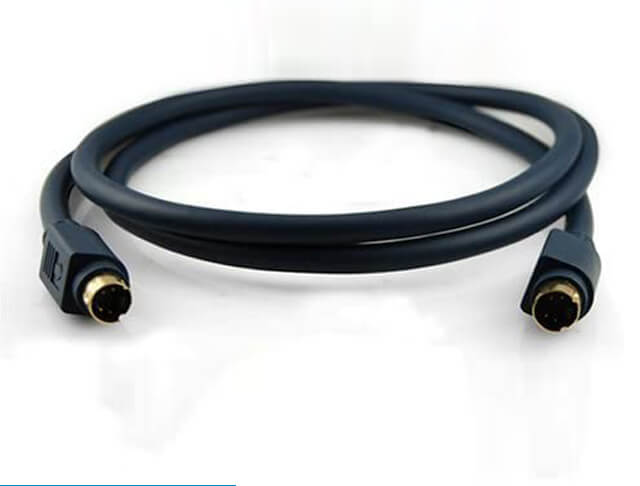 The S-video ports on the appropriate equipment look like this- 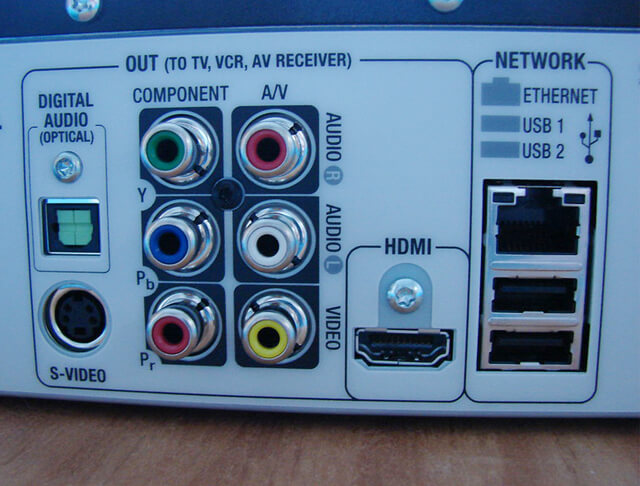 It has multiple holes with somewhat flat bottoms. The ports sometimes come with 9 pins and sometimes with 4 or 7 pins. Since S-video carries only audio signals, you will still need the composite audio signals. Say your output devices are DVD or game console, and your input device is the TV, and both are equipped with the S-ports, then all you require is the S-video cable. The only matter is that they should have an equal number of holes at each end.
In case, after connecting the ports correctly, you still get the S-video signal on your TV, press Source on your TV’s remote control and look for Component. It is essential to make sure that your input devices send the video signals through S-video ports only.

Difference Between SCART and S-Video

The truth is that the difference between SCART and S-video is negligible to the naked eye. But for a pro, this difference is quite prominent. S-video gained popularity over the composite video but couldn’t take over component or SCART. SCART was eclipsed by HDMI, but still, it won the hearts of gaming aficionados more than S-Video. It is all about the visual aspects of both the video that makes a big difference, especially when talking about 3D videos.

So, here we are, with some of the differences between SCART and S-Video. We hope that it will help you choose the better between the two.

The difference between SCART and S-video is not as vast as compared to other signals. But the ultimate choice rests with one’s affinity towards detailing.