It is when you have your favorite game on your console, but the picture quality is not as you expected. Something is missing. Maybe the sharpness of the video or the clarity. For a novice eye, this might not have happened till now. And for an experienced person, the slightest color difference is crucial. Usually, this is the difference between RGB and YPbPr color spaces. In this article, we will understand RGB and YPbPr in detail, along with their differences.

An interesting piece of trivia- each color can be used to create 256 different shades. So, in this case, if we add 256 shades of these three primary colors, it can produce a whopping number of 16 million shades of colors! 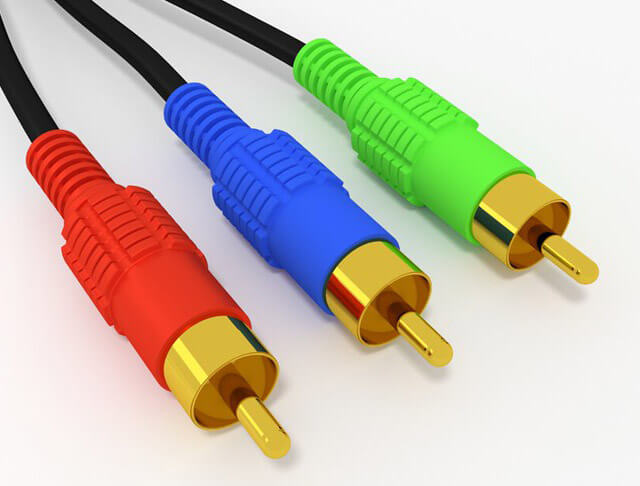 Televisions used the RGB color model in 1928. Columbia broadcasting systems started experiments on the RGB Sequential Color model. The CRT uses the shadow mask technology of the RGB color model. RGB is used in LCD or LED displays on TV and computers. The small picture element or pixel contains all three color signals, viz, red, green, and blue. These color signals are carried on different cables and pins. These signals can be carried on the SCART connector. RGB is known for its quality display.

RGB found its place in photography in the 1860s, where it began the stage of creating three separate colored filters. The RGB sensors evaluate the light intensity. Even the CMOS and CCD sensors in some camera work on the RGB model. Further, this helps in optimizing and refining the exposure of any image.

Many scanners use the RGB model to scan a document or photograph and transfer it to the computer. The image sensors of these scanners are usually charged coupled devices. It reads the RGB signals and then processes them with the help of its algorithm for color conversions.

RGB signals don’t require any transformation to be displayed on the screen. For many applications, RGB is the base color space. RGB relates to CRT applications and more straightforward implementation. Even with many advantages, there are a few disadvantages. Since in RGB, the difference in the colors doesn’t exhibit linearity, it becomes hard to spot a specific color.

Analog component signals are defined and designated by YPbPr. Just like RGB, YPbPr is also a color space used in many electronic devices. The digital version of YPbPr is YCbCr. The only difference between the two is their characteristics of being analog and digital. Otherwise, numerically both are similar. YPbPr cables are also known as Yipper cables.

YPbPr is also called component video. But caution must be taken before calling it a component video signal because there are other types of component signals used in the electronic systems, including RGB.

The exciting part about YPbPr is that it is created from the RGB signals. The RGB signal is split into three components Y, Pb, And Pr. Y is called Luma, which controls brightness or luminance. Pb is the difference between the Blue color and Luma. Pr is the difference between Red color and Luma. For the green signal, merely a combination of blue, red, and luma signal works effectively.

The nomenclature of YPbPr comes from NTSC color standards. Here P stands for the phase shift or phase information. The concept behind it was when the NTSC encoded black and white color was added with the other color signals; a hue occurred, which was the phase shift of the sub-carrier. 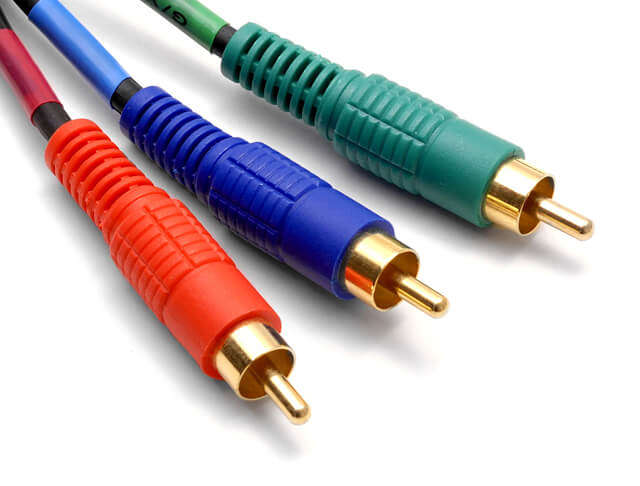 Analog televisions still use the YPbPrcolor model. You can find the inputs on the back of the TV. These three colored inputs are connected to your DVD device through a component video cable.

The Set-top box connected to the TV will also have YPbPr connections. All you have to do is connect the respective inputs and outputs through component connector cables.

YPbPr was developed to prevent the bandwidth requirement. Generally, this was achieved by separating the signals, thus providing a quality image. In S-videos or composite videos, the video signals were mixed by multiplexing. Since they were mixed, the quality of the signal came down. While in the systems that used the YPbPrcolor model like component video, the separation of signals did not require multiplexing. The resulting signal was similar to the original one before encoding. YPbPr is often regarded for transferring the video signals of higher resolution than 480i or 576p.

Now that we have understood the basics of the RGB and YPbPr signals let’s look into their differences. One common factor in both the types of color mode is that they transfer only the video signals and no audio.

Difference Between RGB and YPbPr

RGB and YPbPr both have their respective uses in the electronic systems and depend upon the users’ preferences.