Dolby is a popular name when it comes to audio digital. You will find the terms Dolby TrueHD, and Digital Plus mentioned in many devices that emit audio output such as DVDs, computers, and phones.

A lot of people don’t know what these terms mean but assume that it must imply high-quality audio as that is what Dolby is known for. But if sound quality is an essential factor for you when watching movies or listening to music, then you must know the difference between TrueHD and Digital Plus.

On casual hearing, you may not notice a massive difference between the two. Still, with a little attention, you will realize that these two audio formats do have some significant differences.

Here’s a simple but detailed guide that explains what Dolby TrueHD and Dolby Digital plus are and their differences.

For starters, you need to know that both TrueHD and Digital Plus are audio compression formats created by Dolby. So, first of all, let’s get a better understanding of digital sound and audio compression.

The sound emitted by, let’s say, birds or rainfall are real sounds that we hear naturally. And you probably know that sound exists in the form of waves and vibrations. Digital sound is different because it’s not a naturally emitted sound but natural sounds by human-made gadgets. Devices like computers don’t have ears to listen to sound and a brain to understand and interpret the sound as humans do. But we do have the technology to convert real sounds into digital.

For simplicity, we won’t go into the technical details of how digital sound is recorded and produced. It should suffice to know that digital audio technology detects the natural sound waves and changes them into binary data, which computers and software can read and understand. 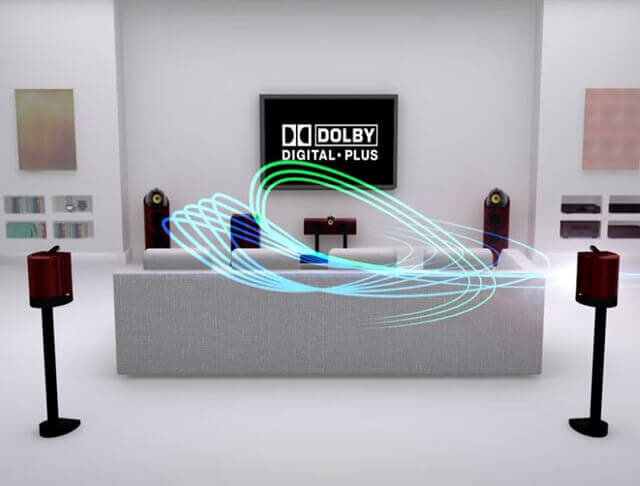 What is Dolby Digital Plus?

Dolby Digital Plus is a lossy audio compression format. ‘Lossy’ basically means that there is some loss in the audio quality when it is converted from real to digital sound. But that’s not a bad thing in any way because it reduces the less important aspects of sounds such as background noises to achieve a smaller and more compact file size.

And even though some audio data is removed with Digital Plus lossy compression, it still provides excellent sound quality that can get as close to the actual sound as possible but in a smaller size.

What is Dolby TrueHD?

As opposed to Digital Plus, Dolby TrueHD is a lossless audio compression format. So audio with TrueHD will sound precisely the same as it did when it was recorded. And when we say ‘the same,’ we mean it. The sounds you hear are a 100% reproduction of what it sounded like in real. Movie theatres use lossless audio compression, which makes it possible to notice even the faint sounds in movies, such as the rustling of leaves or the crackling of a fire.

A nifty thing about TrueHD audio is that it can even replicate the range and distance of sounds. When we move farther away from the source of any sound, it becomes less intense. Similarly, if you’re watching a movie with TrueHD audio, even the background noises vary in loudness and intensity based on how far they are from the main scene. Since not even a tiny bit of data is removed and the audio quality is kept fully intact, the file size is going to be larger than what you’d get from Digital Plus compression.

Dolby TrueHD vs. Dolby Digital Plus

By now, you might have already figured out that the main difference between TrueHD and Digital Plus lies in how they compress the audio. Digital Plus is a lossy compression that does produce excellent sound, but there is some loss in quality. The benefit is that the size of audio data is smaller. TrueHD is a lossless compression that produces the exact sounds as the actual source, which creates a more authentic experience without any loss in quality whatsoever. But the file size is going to be bigger than Digital Plus compression. Another difference lies in the cost, as the setup for TrueHD is going to be a bit expensive than that for Digital Plus. 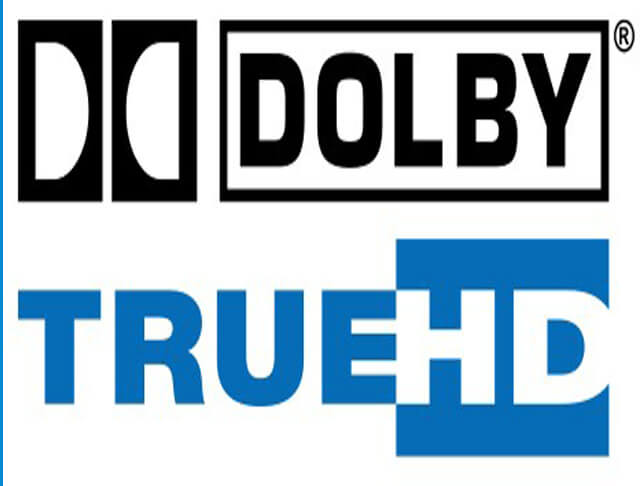 Is It Possible To Tell The Difference?

Both TrueHD and Digital Plus work best with surround sound. So if you’re playing the audio from a single speaker or low-quality devices, you’ll hardly be able to tell the difference, and it’s going to sound pretty much the same. But if you have a surround sound home theatre system, the difference becomes noticeable.

Surround sound makes it possible to emit 3D sound, making the listeners feel like the sound is not coming from a single device but from their own surroundings. Multiple speakers, woofers, and subwoofers create various layers of sounds to achieve such an effect. So with that kind of setting, even minute sounds become audible. And that is when you’ll be able to notice that TrueHD produces more detailed and impressive sound than Digital Plus.

Final Verdict – Which One Is Better?

As far as sound quality is concerned, Dolby TrueHD is better than Digital Plus. But to really notice the difference, as we said, you would need a good sound system as well. So if you have a surround sound home theatre system, then you will surely love the audio quality of TrueHD. But if you don’t use such a system or if the slight advantage of TrueHD is not a big deal for you, then Digital Plus should work fine. Even though it’s not lossless like TrueHD, it still maintains impressive audio quality.