First, let’s understand the basics of video transmission, followed by the working of digital signals. After the video camera shoots a scene, the lens captures the light in three colors, i.e., red, green, and blue, more commonly called RGB. The light then reaches the sensors and produces RGB signals. These signals are stored and transmitted through several connectors in electronic equipment like TV and monitor.

When we see different colors on the screen, they combine red, blue, and green in varied proportions. For white color, they are mixed in equal quantities. For black, none of them are mixed.

A pixel or the picture element contains the primary colors red, green, and blue. Signals are sent over the connectors and cables to illuminate the pixels. If the signal’s frequency increases, the screen’s color changes faster, and we see a moving picture.

Earlier, cables and connectors transmitted analog signals. But with the technology change, digital signals became the norm. Digital signal consists of discreet data units and is sent in binary codes.

SCART expands to Syndicat des Constructeurs d’Appareils Radiorécepteurs et Téléviseurs, “Radio and Television Receiver Manufacturers’ Association.” SCART was founded in Europe and gained immense popularity—widely used in AV equipment like TVs, DVDs, gaming consoles, and VCRs. Gradually, the use of SCART was reduced, but it didn’t have any dent in its popularity. Even today, it is being used in some AV equipment.

The importance of SCART is understood when a TV is awakened from standby mode. It then switches to the appropriate AV channel when the SCART connector is connected to the device and switched on.

As digital technologies like HDMI entered the arena, the SCART began to call its game. The use of SCART saw a sharp decline. But despite its reduced usage, SCART lovers are still scattered worldwide. With the advent of digital technology with HDMI capabilities, the use of SCART has significantly reduced. But it remains a preferred choice for many.

The female connection of the SCART looks like the image below. 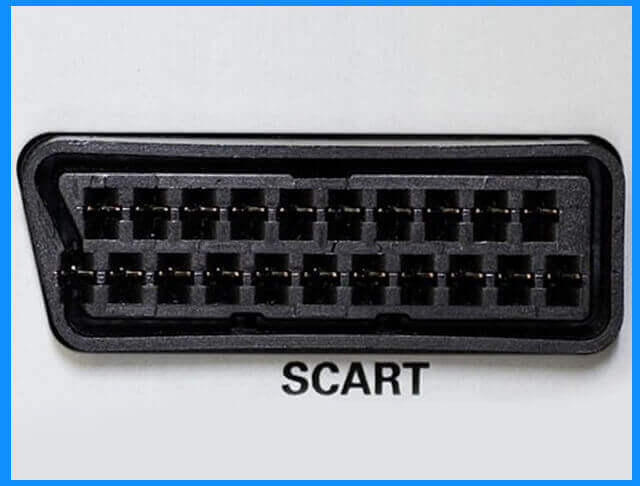 The male pins shown below are connected to the female pins. 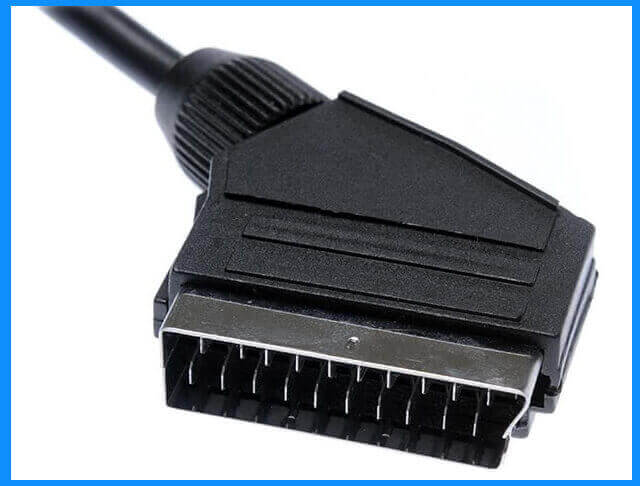 SCART cable contains 21 pins used for audio and video transfer. But if some cables are not entirely wired, you will observe the disturbance in the RGB signals. Except for this, SCART is an all-rounder. It is better known for its versatility because it can transfer signals in component, composite, and s-video formats. And all through the same connectors, but not at the same time.

HDMI, or High Definition Multimedia Interface, is an audio-visual interface that transmits compressed or uncompressed data between two devices. This is possible with just one cable between the devices. The two connecting devices generally support digital technology and are HDMI compatible. HDMI connector is the interface between these devices. Now, why does HDMI is such popular? Because it supports high-definition and ultra-high-definition video and even surround sound.

With the advent of HDMI, many analog substitutes have called the game. HDMI connections are easily accessible, the information is easily transferrable, and the quality is remarkable. Nowadays, HDMI is preferred in all new electronic equipment like TVs, computers, and gaming consoles.

At the rear of the electronic equipment, you will find an HDMI socket that looks like this. 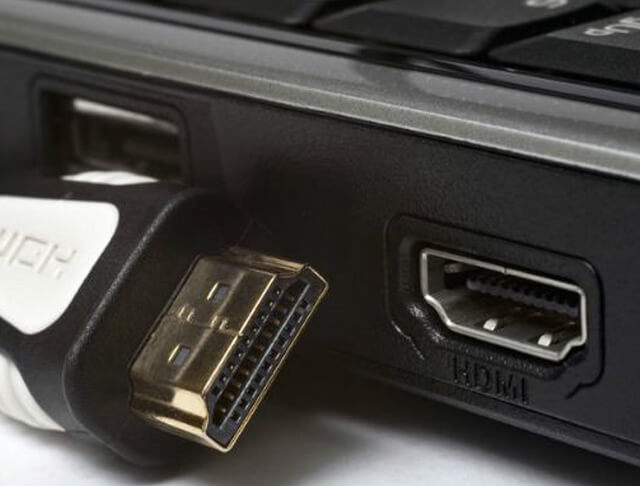 Locating the HDMI port is relatively easy. It looks much like a USB port. It has 19 to 21 pins. Due to its peculiarity, the ports are compatible only with HDMI cables. HDMI signals are capable of carrying HD signals as well as Ultra High Definition 4K/60p signals. It doesn’t stop here. Up to 8 channels of uncompressed signals can be transmitted for audio signals. The maximum length of the HDMI cable is up to 20 meters.

Considering the accessibility, the electronic devices’ size became smaller, so the HDMI port also comes in the micro and mini plugs. A high-speed cable is required if you require a resolution of 1080p and above. Such cable is also required for 3D videos.

Difference Between SCART and HDMI

One is suitable for analog transmission; another is good for digital transmission. It is just about the generation gap between the two that defined the popularity. SCART didn’t have any shortcomings per se, but as digital technology took over, the shift became prominent. Moreover, the ease of carrying, the equipment’s placement, and the most critical factor, the video quality, created a lot of differences between the two. Having understood the basics of the SCART and HDMI, let’s understand the differences in the following table.

See more: The Basics of SCART vs. Composite

See more: An Understanding Of SCART vs. Component

There is a stark difference between SCART and HDMI. People tend to opt for digital options due to their speed, accessibility, and quality. Analog signals are susceptible to interference, which is eliminated up to a great level in digital signals. SCART or HDMI, ultimately, the choice resides with the user, but if someone has to choose the best, the choice is clear.