Skip to content
MENU
Homepage / Technology / Electronics / The Basics of SCART vs. Composite

A real brain teaser occurs when you buy a TV, a DVD player, or a gaming console and discover unexplained sockets at the rear of the equipment. You may be unaware of its advantages even if you plug in the correct cables in the respective sockets. You might have heard the names of connectors like SCART, component, composite, s-video, and HDMI, and we will tell you what they are.

See more: An Understanding Of SCART vs. Component

See more: The Basics of SCART vs. HDMI

Before understanding the connectors and cables, let’s understand the mechanism of the audio and video on the TV. When a video camera shoots a particular scene, the lens captures the light in three colors, viz, red, green, and blue. These colors are commonly known as RGB. This light hits the sensors to produce RGB signals. These signals are then stored and transmitted through various connectors—this application is used in TVs and computer monitors.

A single image is formed by pixels: the picture element or, in layman’s terms, a group of dots. Each pixel contains these three primary colors- red, green, and blue. Signals are sent through the connectors and cables to activate these pixels. And when signals are sent faster, the color changes faster, and you see a moving picture.

Before digital signals came into the arena, analog audio and video signals were used for transmission. But the, digital signal technology disrupted the scenario and reduced the use of analog technology. Nevertheless, analog signals’ popularity didn’t wither and still applied in SCART, composite, component, and s-video signals. This article will focus on SCART and composite, their features, and their difference. Let’s start with SCART.

SCART originated in Europe and gained popularity all over the world. SCART is Syndicat des Constructeurs apparels Radiorécepteurs et Téléviseurs, “Radio and Television Receiver Manufacturers’ Association.” SCART was widely used in TVs, DVD players, gaming consoles, and VCRs. But with new and seamless analog technology developed over time, SCART got old. Indeed, the use of SCART connectors reduced over the years, but the popularity it gained remained unchanged. Even today, SCART is used in specific AV equipment and preferred over any other connectors.

The important aspect of SCART is that when the TV is awakened from standby mode, it goes to the designated AV channel if it is turned on through the SCART connector. Another advantage is its application for high-definition signals ranging from 720i, 720p, 1080i to 1080p. From the HDMI came into the scene, SCART has taken a back seat. But for some tech aficionados, it remains their favorite.

The female connection of SCART is shown in the picture. 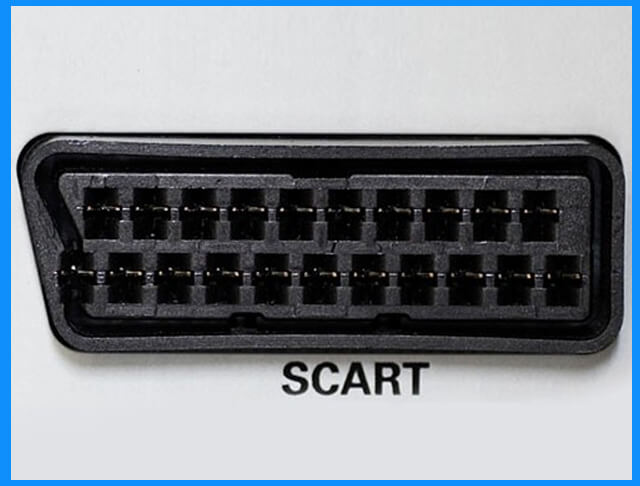 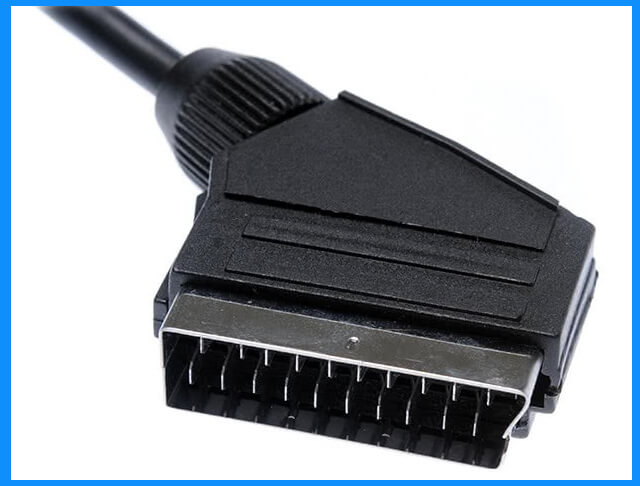 You may also like: Component vs. RCA Cable – Are They The Same?

The 21 pins in the SCART cable are used to transmit the audio and video signals. But sometimes, some cables are not entirely wired. Generally, this creates a problem in transmitting the RGB signals. But overall, SCART is an all-rounder. Versatility is its USP. SCART can transmit signals in component, composite, and s-video formats through the same connectors. But unfortunately, not simultaneously.

Among the red, yellow, and white connecting leads, the yellow one is usually designated for the composite video. And the red and white leads are for the sound. The standard definition TVs use component video signals. But it is not compatible with high-definition TV. VCR saw extensive use of composite video. To date, you can find a yellow output socket in TVs, set-top boxes, projectors, and VCRs. 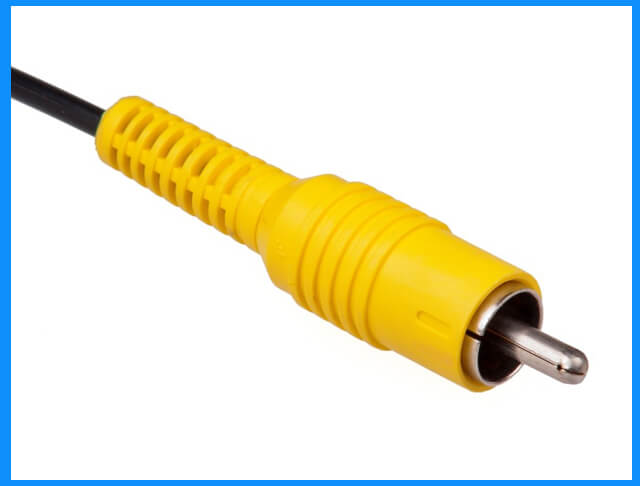 The yellow socket at the rear of the AV equipment is shown below. 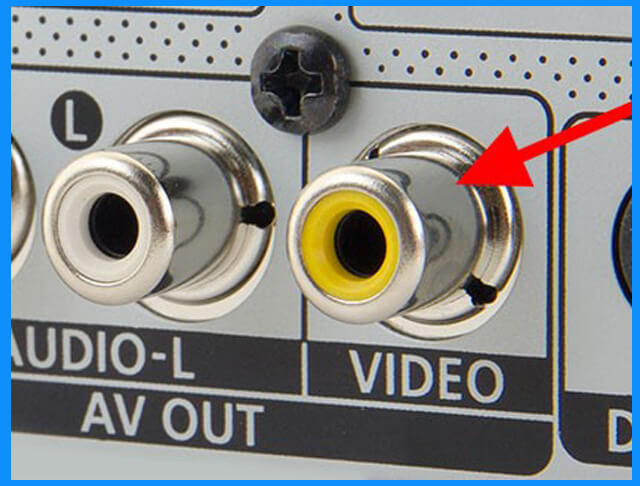 Difference Between SCART and Composite

Both are used for analog transmissions. SCART is used less, but the use of composite video is much lesser than SCART. Composite is neglected because of its low video quality. Even though the composite video application is simple, the image quality is grainy because of the cross-color interface. Use composite video if there is an old VCR to connect to the TV.

See also  Apple Watch Series 7 is waterproof: Here's what you need to know

Let’s have a look at the differences between SCART and composite.

The differences between SCART and composite portray a clear picture. Above all, digital technology has already clouded analog technology. But if we minus the digital technology for a second, opting for component or SCART over composite is preferred. Composite videos suffered many sets back but still survived to dig up the old memories of video games and VCRs.