DDR4 or DDR5 RAM for gaming? We break it down so you can make the best decision for your needs.

It’s no secret that the world of technology moves quickly. What was once cutting-edge is now obsolete, and to stay ahead of the curve, you need to keep up with the latest advancements. That’s why it’s important to know about DDR5 memory- an upcoming upgrade that promises better performance and power efficiency than DDR4.

Compared to DDR4, DDR5 RAM enables higher-capacity DIMM modules (commonly known as RAM sticks), has a faster base speed, and uses less power while maintaining the same performance specifications. DDR4 still has a few significant benefits, such as improved stability and reduced latency.

Gamers are always seeking strategies to outperform their rivals. The RAM on their computer is one of the things that many gamers wish they could upgrade. So, which RAM is better for gaming—DDR4 or DDR5? Let’s examine the advantages and disadvantages of each kind of RAM

DDR5 has a higher clock speed than DDR4, meaning that it can access its memory at a higher rate. This makes it faster overall and is better suited for gaming.

So if you’re looking to get the most out of your gaming experience, DDR5 is the way to go!

Gamers looking to upgrade their system might be wondering if DDR5 is worth the investment. The answer is: it depends. DDR5 offers increased memory capacity compared to DDR4, but whether that matters to you depends on the games you play and how much storage space you have available.

DDR5 can reach a staggering 256GB per module, while DDR4 tops out at 64GB per module. So, for gamers who need more memory for high-resolution gaming, DDR5 is the clear winner. However, most CPUs can accommodate up to 128GB of DDR4 memory spread over two to four DIMM modules, so if you’re not pushing your system to its limits, DDR4 might be just fine.

At the time of writing, the only mainstream CPUs that support DDR5 memory are those from Intel’s 12th-generation Core processors and AMD’s mobile 6000-series processors. But later this year, AMD intends to provide a fresh lineup of desktop CPUs that are DDR5 compatible. So if you’re in the market for a new CPU and don’t want to be left behind when it comes to memory technology, keep an eye out for AMD’s upcoming releases. 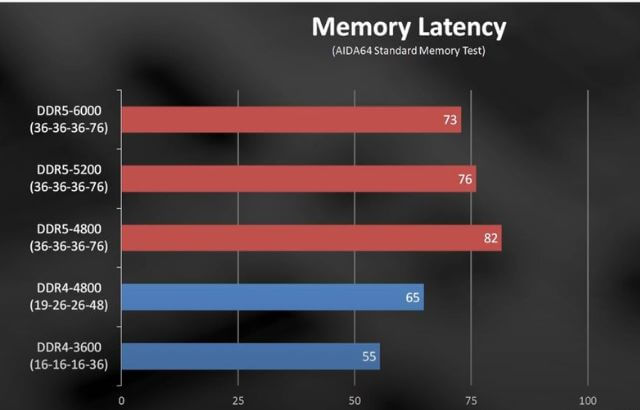 Gamers seeking for a difference between DDR5 and DDR4 should be aware of the lower latency of DDR4. The main benefit of DDR4 is its decreased latency, which allows the CPU to access routinely performed tasks quickly. This is due to the speed of a DIMM module and the CAS (Column Address Signal) delay.

While DDR5 is quicker at finishing jobs, it takes longer for the RAM to recognize that it needs to do a task, which contradicts the high clock rates of DDR5. Therefore, the DDR4-3200 CL20 RAM will operate faster than a DDR5-4800 CL40 module. It will be some time before DDR5 kits can reduce the CAS latency to levels that compete with DDR4 kits (G.Skill, for example, released the first DDR5 kit to attain sub-30 CAS latency just two months ago).

DDR4 RAM has been supported by most CPUs and motherboards over the last ten years, including Intel’s 12th-generation processors. Later this year, Intel will introduce its 13th-generation desktop CPUs, which will support both DDR4 and DDR5 memory. Although the arrival of the 14th and 15th generation Intel CPUs is anticipated for late 2023 or later, there is no evidence that these chips will enable DDR4.

DDR5 is more expensive than DDR4, with kits costing two to three times as much.

Additionally, motherboards that support DDR5 cost more than those that only support DDR4. For instance, this Asus ROG Strix Z690 motherboard costs nearly $100 more than its Z590 equivalent.

DDR4 vs. DDR5: Performance and effectiveness 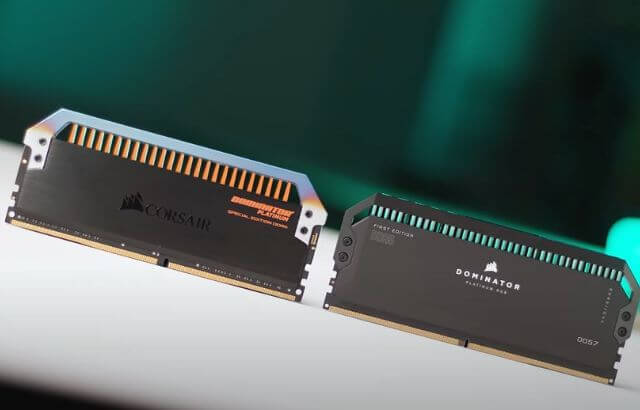 Similar to earlier memory generations, DDR5 is more effective than DDR4. DDR5 memory can operate correctly with only 1.1v, but DDR4 memory generally needs 1.2v. In mobile PCs, where every bit of power-saving contributes to longer battery life, this implies that they use less power.

Although it won’t affect desktop PCs as much, it should still help keep the temperature down. As we’ve seen with early DDR5 kits, despite the speed boost, these memory modules don’t normally need more cooling power than their DDR4 counterparts.

That is extremely noteworthy when considering that DDR5 kits also have the voltage controller module on the memory sticks rather than on the motherboard. This enables increased scalability on systems with bigger capacity memory kits and further increases power efficiency.

DR5 will not have a significant impact on your frame rates. The most you can expect is a 5-10% improvement in FPS. This is due to the fact that DDR5 RAM has faster data transfer rates than DDR4 RAM. However, the speed difference is not enough to make a noticeable difference in gaming. If you’re looking for ways to improve your FPS, upgrading your CPU or GPU will be more effective than upgrading to DDR5 RAM.

DDR4 vs DDR5: Is an Upgrade Necessary?

As it is, DDR5 memory doesn’t significantly increase RAM speed. Compared to similarly priced DDR4 memory, it delivers only modest performance benefits for work and gaming. Even when compared to considerably slower sticks, the difference is seldom noticeable.

However, certain games may notice a significant change, so upgrading could be worthwhile if you want to play the most impacted games. However, the FPS improvement with a CPU or GPU upgrade will probably be bigger. DDR5 will let you optimize your performance if upgrading to an Alder Lake PC, but upgrading your whole PC is not worthwhile.

You may not have many options in the future, however. We’re probably just a generation or two away from DDR5 being the sole memory type supported by new hardware since Raptor Lake and Zen 4 are set to make DDR5 memory more accessible and required than ever. When that occurs, you may be glad you already have a computer with DDR5 RAM since it will make the upgrading process a bit easier and more economical later. 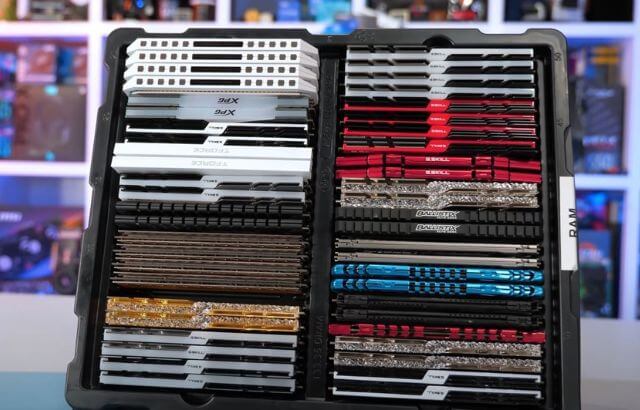 You may also like: Is 16GB Ram enough for Gaming and Streaming

Before examining whether RAM generation—DDR4 or DDR5—is better for gaming in 2022, let’s first go through their main distinctions.

In 2022, gamers will have to decide between DDR4 and DDR5, with the newer standard maybe sounding better. However, it has several difficulties that make its situation negative.

These issues should soon be resolved by technology, enabling widespread adoption.

The bulk of gamers out there do not yet support DDR5 memory. Though it is the future, technology is superb.

See also  What types of healthcare software are used in hospitals?

At the moment, issues like scarcity and high costs keep them from being suggested. Therefore, if you’re trying to decide between DDR4 and DDR5 for gaming in 2022, go with the former.

Will DDR5 matter for gaming?

DDR4 is better for gaming because it has a higher clock speed, which means it can send more data to the CPU. This results in faster loading times and smoother gameplay. However, DDR5 does offer some benefits over DDR4, such as higher bandwidth and lower power consumption, so it may eventually become the standard for gaming RAM.

Is it worth upgrading from DDR4 to DDR5?

Yes, upgrading from DDR4 to DDR5 will be worth it for gaming in 2022. The newer standard offers a number of advantages over DDR4, including increased bandwidth, reduced power consumption and larger memory capacities. Though there are some early adoption issues that need to be resolved, DDR5 will likely become the new standard for gaming memory in the near future.

Is DDR4 better for gaming?

Yes, DDR4 is better for gaming because it has a higher clock speed, which means it can send more data to the CPU. This results in faster loading times and smoother gameplay.

Does DDR5 make a difference?

Yes, upgrading from DDR4 to DDR5 will be worth it for gaming in 2022. The newer standard offers several advantages over DDR4, including increased bandwidth, reduced power consumption and larger memory capacities.

DDR4 is still good for gaming in 2022. It has a higher clock speed, which means it can send more data to the CPU. This results in faster loading times and smoother gameplay.

Why is DDR5 better than DDR4?

How much longer will DDR4 last?

DDR4 will be good for gaming until at least 2023 and may continue to be used beyond that. It has a higher clock speed, which means it can send more data to the CPU. This results in faster loading times and smoother gameplay.

8GB of DDR5 RAM is more than enough for gaming. It offers a number of advantages over DDR4, including increased bandwidth, reduced power consumption and larger memory capacities. Though there are some early adoption issues that need to be resolved, DDR5 will likely become the new standard for gaming memory in the near future.