Skip to content
MENU
Homepage / Streaming Media / Why Adding a Roku to a Smart TV is a Good Idea?

So, both a Roku and a Smart TV need to be connected to the internet, and they both come with some pre-installed channels and the option to add more.

From that, you might think that they are the same.

They are both similar, but one just has more to offer. A streaming player like Roku will be faster, easier to use, work better, and have more TV options.

What’s the point of having Roku?

Roku makes it easy and cheap to watch TV shows you like. Roku devices are the hub for all of your entertainment, so you can simplify your setup, get rid of your expensive cable equipment, and save money while watching what you love.

There are a few different kinds of Roku devices (not including the Roku TV and Streambar), but for this article, we’ll just talk about Roku Sticks and Roku players. A Roku Stick looks like a flash drive, and when it’s set up right, it can be a handy travel companion. A Roku Stick, on the other hand, is not like a typical USB flash drive because it plugs into your TV’s HDMI port. So, make sure it’s on your Samsung TV. It probably does, but just to be sure, do it before you order your Roku.

The Roku player is the other kind of Roku. It’s basically a streaming device that looks like a TV box and gives you access to features that your TV doesn’t have by default. The HDMI port is also used to connect this device.

Why Adding a Roku to a Smart TV a Good Idea?

The content available is the main difference between the two. Most likely, a Roku will give you a lot more than a Smart TV.

What you get with a Smart TV depends on the company that made it. RCA, Sony, Philips, and Toshiba are just some of the companies that make Smart TVs.

One reason for this is that companies that make Smart TVs have deals with content providers to work together. A manufacturer will make an agreement that makes it impossible for other manufacturers to get the same service.

So, each manufacturer will have a list of streaming platforms or services that it is not allowed to offer to its customers.
Roku, on the other hand, doesn’t have this issue.

This means that the latest version of one or more popular streaming apps might not work on some older TVs.

To sum up, a Smart TV’s list of streaming services has holes that can change over time. On the menu of your Smart TV, there may be an option that is there today but won’t be there tomorrow. On the other hand, Roku has a more consistent and full range of content.

Most people want a Roku or Smart TV so they can watch more shows and movies. For many customers, having more movies and TV shows to choose from is enough to make up for the cost of a Roku.

Compared to a Roku, streaming on a Smart TV can be slow and have bugs.
One reason is that the processors in Smart TVs aren’t as powerful as the ones in Rokus.

Don’t forget that Smart TVs are first and foremost TVs, not streaming systems. Most of the technical work done by the manufacturer goes into the picture and sound, not the small processor that controls streaming.

Also, streaming services have their own priorities when it comes to making apps. Their top priority is making sure their apps work best with media players and apps like Roku, Amazon Fire Stick, and Apple TV, not with the different brands of Smart TV.

So Smart TV apps are never as polished and bug-free.

Every part of Smart TV streaming is criticized for giving viewers a bad time. People complain that it takes too long for Smart TVs to connect to the internet.

It takes way too long to move from one menu item to another. That set up a Smart TV for the first time is painfully slow.

Most Smart TVs don’t have processors that are made for streaming, and it shows.

If the software gets better, you get those changes. If the apps are updated, you get the most recent version.

Smart TVs have their own operating system, which usually needs software updates every once in a while.
These devices don’t get updated very often. Even worse, they aren’t updated at all after a few years. Smart TV makers are more interested in making new sets than in keeping old ones up to date.

If your TV is more than a few years old, the apps, interfaces, and features are probably out of date. Almost certainly, the work will have gotten worse. Even software may not be able to keep up with what is expected of it over time.

But there’s more. Smart TVs don’t always get the newest version of an app with the newest features when they download it.

It’s possible that the SmartTV version of Netflix or Hulu is a couple of generations behind what you can get with a stick. 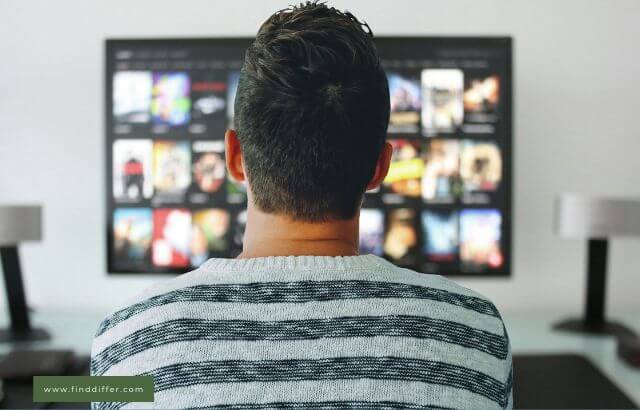 You may also like: Do you need Roku if you have Smart TV? Easiest explanation

The total cost of ownership is going up.

After a few years, your cable or satellite channels will still have great reception, but streaming content will likely get worse. The streaming processor in your Smart TV will no longer be useful.
Every device will eventually become old and useless. Your computer gets old. Smartphones become obsolete.

But none of the gadgets gets old as fast as a Smart TV processor. Even after a few years, your phone and tablet still get updates to their systems. Your TV may not be smart.

A Roku, on the other hand, gets old more slowly than other devices. Today, Roku obsolescence isn’t a problem (which helps explain its popularity).

Even if your Roku stops working in the future, it’s easy and cheap to get a new one. That might not be the case with your Smart TV, which is a bigger commitment.

User interface and ease of use

Some Smart TVs are easy to use and have friendly, easy-to-understand interfaces for streaming content, but many are not. Some users have used words like “awful” to describe the process of navigating.
Rokus have the main screen that makes it easy to stream because the content options are all laid out in a clear way. It doesn’t take long to figure out where things are.

Many Smart TVs don’t have a main menu, but instead, have a row of buttons at the bottom of the screen. I sometimes find settings and features that I don’t really need or care about.

Many Smart TV functions and interfaces, like searches, are hard to figure out why they work the way they do and how to use them.

Setup time is a big problem when it comes to usability. When you first connect your Smart TV, it may take an hour or more to update the apps and add them to the app store.

There is one thing that makes Smart TVs easier to use, though. On a TV, you can use the same remote to change the channels and use streaming apps.

But when you add a Roku, you need to use two remotes to switch between apps on the Roku and apps on your TV.

There’s a good chance that your Smart TV is keeping track of what you do, which could lead to ads that are more relevant to you.

You shouldn’t do anything sensitive on a Smart TV, like using the internet to access your bank’s app or buy something with a credit card. They’re not as safe as your phone or laptop.

When you turn on your Smart TV, you’re likely to see features and apps that you don’t care about. Smart TV makers like Samsung and LG have their own apps on the rows or menus of their Smart TVs. They aren’t very nice, and it’s hard to get rid of them.

Roku has its own content, too, like the Roku channel, but it is less annoying and easier to ignore.

You can’t just grab your Smart TV and bring it with you on vacation. On the other hand, a Roku is small enough to fit into a suitcase. Even in a hotel room, you can watch a streaming service. No more pay-per-view!

But you can surf the internet on a Smart TV, which is something you can’t do on a Roku.

But you might not find it easy to do this with the TV’s remote. You might have to use voice commands or jump through hoops to use the remote’s buttons to enter alphanumeric and special characters.

You might even need a wireless keyboard to make it more enjoyable.

If you’re in the market for a new Smart TV, we recommend adding a Roku to your purchase. By doing so, you’ll get access to an impressive library of streaming content that can keep you entertained for hours on end. Plus, with the added functionality of a Roku, you won’t have to worry about missing out on any important updates or notifications while you’re watching your favorite show. So what are you waiting for? Add a Roku to your Smart TV today!