Skip to content
MENU
Homepage / Computer / What To Do With an Old PC?

If you have an old PC that you’re not using anymore, there are a few things you can do with it. You could recycle it, give it to a friend or family member, or sell it. In this blog post, we will discuss the pros and cons of each option and help you decide what is the best course of action for your old PC.

Does my old computer have anything worth keeping?

Some places pay cash for recycling old computers because they contain small amounts of valuable metals like aluminum, copper, and gold. You might want to take out and sell high-end parts of your computer, like a dedicated graphics card or extra RAM.

What do I do with old computers that have private information on them?

If you have sensitive personal information on a computer, you should wipe the hard drive clean. You can’t just delete data; you need to use special software to really get rid of it.

How do I get rid of my old computer?

There are sites like Decluttr, BuyBackWorld, and Canitcash where you can sell used electronics. You can also use Amazon, Best Buy, or Craigslist. Before you sell your PC, you should back up your files remotely and delete everything on the hard drive.

Things To Do With An Old Computer 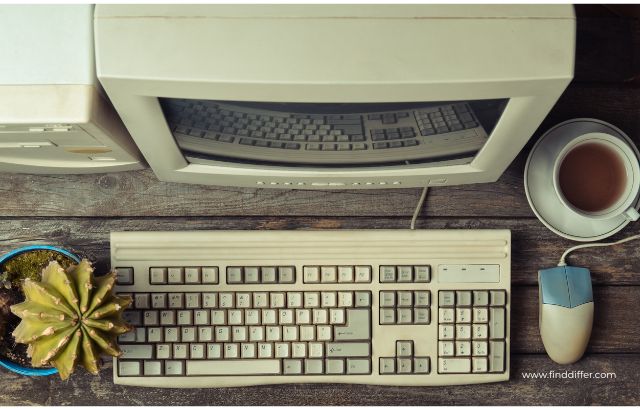 Why is My Computer Stuttering? A Troubleshooting Guide

Donate it to a local charity or school

If your computer isn’t too old, you could give it to a school or hospital in your area. Even if it’s way past its sell-by date, it could be taken to a computer lab at a local school (most schools have one) and used as a test bed, to be taken apart and put back together. Local schools could also use it for parts, but they might not because they don’t know where it came from or how well it has been used.

As with the last choice on this list, selling a system, you’ll want to get rid of any software you’ve reinstalled on your new PC. And make sure to include all license information for the software you’re leaving on the old system.

In the end, no nonprofit or government-funded group will ever be upset with you for giving them a computer. Even if they can’t use it, they might be able to sell it or use it for parts, and you can enjoy the healthy glow of a good person.

Some local governments will tell you about local non-profit groups that might take your PC. And Computer Aid International can send computers to countries that aren’t doing so well as long as the specs are high enough. If you just want to get rid of your old machine, it’s better to sell it.

Sell it online or at a pawn shop

Selling your old PC would be the safest and easiest thing to do. Not everyone can buy the newest and best technology. So, to save money, they look for computers from a few years ago.

Someone wants to buy a computer somewhere on eBay. They might not be able to buy a new computer or want a second computer for the family. At the right price, your old PC could be just what they need. As long as everything goes well, everyone wins. You get rid of your old hardware, and it goes to a new user who will appreciate it.

Also, using an escrow service like PayPal, which is required for eBay, gives you a sense of security, as does eBay’s protection for both sellers and buyers. 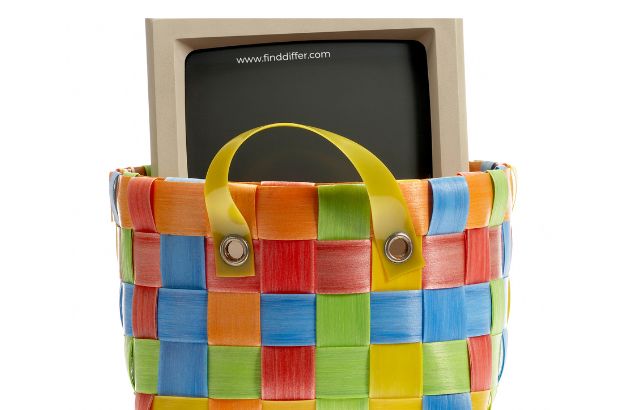 Turn it into a home media center

If you don’t have a NAS already, this is a great way to use an old PC. You could pay for cloud storage for your family, but a NAS gives you full control over the security of your files and lets you keep your music, photo, and video libraries in one place where everyone can access them.

But you can’t just hook up that old computer to a router and turn it on. Windows, especially older versions, isn’t set up to be servers or storage systems that work well. Also, a PC may use more power than a dedicated NAS box. You’ll need to change the power settings in the BIOS so that the cooling fans run in quiet mode if that’s an option. You’ll also need to set up the operating system so that it doesn’t shut down at inconvenient times and runs with less power when it’s not being used.

Keep in mind that you’ll probably want to run your server without a monitor, keyboard, or mouse. This is called running it “headless.” Even though you’ll need a display and input devices to set up the system the first time, make sure it will still work without them. It’s annoying, to say the least when a scheduled reboot gets stuck because the system stopped during startup (maybe it couldn’t find a keyboard).

Also, the operating system probably isn’t good for storage applications, especially if there are a lot of users. Windows can be a good place for a few people to store files, but you’ll need to take the time to set up user accounts for everyone who might need access. In some cases, you might want to limit how much space you can use.

Installing a proper network operating system would be a better solution. Windows Home Server is one option. But that will cost you some money, and WHS may like hardware that is newer. FreeNAS is a different choice.

FreeNAS is free software that can turn a PC into a storage device that is connected to the network. It is based on FreeBSD, which is a type of UNIX. If you’re not sure if you want to switch to a new OS, you can download a LiveCD version of FreeNAS.

This is an ISO file that, when burned to a CD, will start up from the CD drive and run entirely from memory. You can keep your old operating system on the hard drive until you know if FreeNAS is right for you.

Use it to try out new things.

If the PC was bought a long time ago, it’s probably best for you to keep it. You can put different programs on it and try everything you want.

This way, you can keep your main computer safe from damage caused by experiments. You can also change the hardware on the old computer and connect any extra parts to check for viruses or malware before you use it on your new computer.

Make it a server for games.

Most games that let you play with other people let you set up your own server on your own computer. This would be the best way to use your old PC since game servers don’t need much power.

Still, you may first need to see if your game can host a dedicated server or not.

Well, it’s always better to go green and recycle your PC than to throw it away in a landfill. Many recycling banks can help you with this, but you need to make sure they do what they say they will.

Most service providers will charge you a small fee to pick up your PC, but they will still throw it away. You can also return your PC to the store where you bought it. Many stores will do this for free. 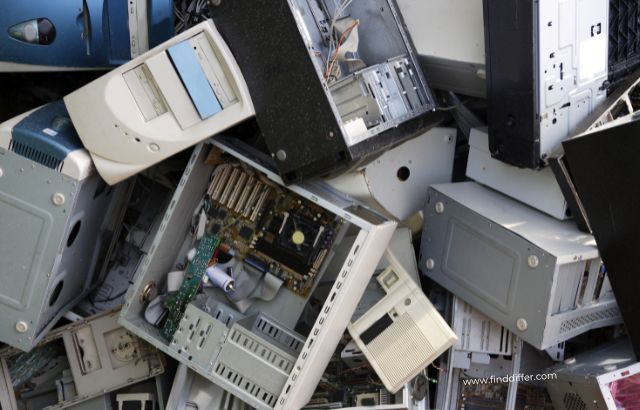 Use it to play old games

Retro games are becoming more popular, even though new games are getting harder. A lot of YouTubers have started live streams of retro games, and people like to watch them.

You can choose the old games that your PC is able to run and use it just for those. You won’t believe how much fun you can have with these old games.

And finally, you might want to think twice before getting rid of an old friend just because you want to make some small changes. Personal computers are much easier to upgrade than laptops. You can replace almost any part of a PC, such as the RAM, GPU, CPU, cooling fans, and so on.

See also  How to Water Cool Your GPU for Maximum Performance

You will save a lot of money if you put a newer CPU in your old chassis instead of buying a whole new system just to get a little more power.

Set it up as a “Living Room” PC for light tasks

We have a small computer in our living room that we use to check email and surf the web quickly. When they get tired of being stuck in their rooms, our kids will sometimes come down and do their homework on the computer in the common area. This can work especially well if you have networked storage somewhere in the house, so people can get to their files whether they’re on a personal system or a shared one.

If you do have this kind of shared PC, your first thought might be to give each person their own account. I’ve found that this isn’t that important. Because it’s shared, no one really puts personal information on it.

On the other hand, you’ll want security software that can’t be broken. Since there are multiple people using the same computer, someone will eventually go to a site that might try to download a Trojan horse or other malware.

Make it a PC with a media center

Most old computers have enough power to be used as a media center PC. You can stream media or put up your own video files.

When you install software like Plex, you can connect multiple services and media files to one interface. You might even be able to get to your files on your phone or tablet. 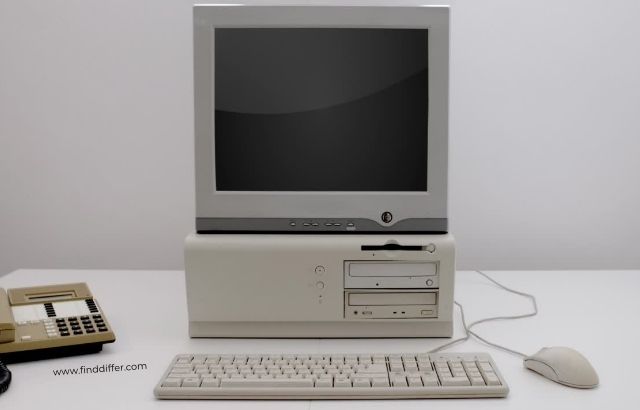 People always want to buy personal computers. This also means that they always need to be improved. Most people just put their old computers in the garage or throw them away, but you can do a lot of cool and useful things with them.

The best thing to do is sell your PC or give it to a family member or friend. You can give it to a charity or turn it into a place where you can try out new ideas. It can also be turned into a game server or a server for your home. Lastly, if you just want to get rid of your old PC, recycling it is always better.