Are you a fan of cutting the cord or of streaming? See what Netflix has to offer.

Netflix is a popular streaming service that has a huge selection of movies, TV shows, and Netflix originals. It can be watched on smart TVs, streaming devices, and with the official app for iOS or Android on your phone or tablet. Here is everything you need to know about Netflix, including prices, information, and the most popular shows and movies.

To get the app: 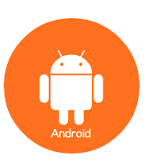 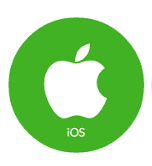 As of December 2, 2019, Netflix will no longer work on Samsung smart TVs from 2010 or earlier, Vizio smart TVs from 2012 to 2014 that run Internet Apps/Apps Plus, and a few older Roku media streamers. There may also be problems with some older smart TVs and devices that stream media. Contact your device’s tech support for more details.

A Brief Look Back at Netflix

Netflix was the first company to rent DVDs by mail. It was founded in 1997. It came up with the clever idea of charging a flat monthly fee instead of a fee for each DVD that was ordered. So, the trend of having a video store on every corner started to go away. By 2005, Netflix had 4.2 million loyal customers who rented DVDs through the mail.

In 2007, Netflix made the bold announcement that, in addition to renting DVDs by mail, subscribers would also be able to stream TV shows and movies directly to their PCs.

After that, Netflix streaming didn’t take long to come to the Xbox, Apple devices, and a growing number of TVs, smartphones, and tablets. It’s easy to get today, and many homes have it.

What’s the price of Netflix?

All of this fun doesn’t cost anything. As of 2022, Netflix will charge the following fees:

What to See on Netflix

When you sign up for Netflix, you’ll see a menu on your screen that lets you choose from hundreds of TV shows, movies, and Netflix originals. Use the search tool or browse by category. When you find something you want to watch, you can start it by clicking on the program’s icon.

Netflix has a lot of different shows to choose from. Often, new titles are added, and sometimes, old ones are taken off. Here are a few examples of what you might see right now:

Enjoy shows that originally appeared on ABC, including:

Happy Endings, Grey’s Anatomy, How to Get Away With Murder, Quantico, Designated Survivor

Enjoy shows that originally appeared on CBS, including:

Because of its focus on its Paramount+ platform (formerly called CBS All Access), CBS has fewer Netflix offerings than it used to.

Enjoy shows that originally appeared on FOX, including:

Enjoy shows that originally appeared on NBC, including:

Enjoy shows that originally appeared on the CW, including:

CW is the successor to the WB network. The content also comes from UPN.

Enjoy shows that originally appeared on AMC, including:

Breaking Bad, Better Call Saul, The Walking Dead (series is in collaboration with FOX), Into the Badlands,

If it’s a current, multi-season show, you have access only to past seasons, not the currently running season. TV shows typically run one season behind on Netflix.

Netflix has gained a reputation for compelling original shows and movies, including:

Return to Space, The Mystery of Marilyn Monroe: The Unheard Tapes, The Green Mile, My Best Friend’s Wedding, Caddyshack, Shrek, Zoolander, Despicable Me 2, Batman Begins, Anaconda, The Hangover, Don’t Look Up, Death at a Funeral, The Final Destination, Annie, Braveheart, Free Willy, Girl Interrupted, The Girl With the Dragon Tattoo, Godzilla, Happy Feet, I Know What You Did Last Summer, I Love You Man, Interview with the Vampire, Just Go With It, Kung Fu Panda, The Lost Boys, Stepmom, Runaway Bride, Nacho Libre, Terminator 2: Judgment Day, Taxi Driver, Monsters vs. Aliens, Stand by Me, A River Runs Through It, Bram Stoker’s Dracula, Willy Wonka & the Chocolate Factory (1971)

Another interesting thing about Netflix is that it has a long list of hidden genre categories. As you use it, its TV and movie menus start to change to match what it thinks are your favorite types of shows and movies. The way that content is offered tends to give viewers few options. Because of this, many users turn to the search tool to find what they are looking for.

You can get to dozens of other categories, though, by typing special URL codes into the address bar of your browser. These codes take you to more niche categories, like “Movies for 8–10-year-olds” or “New Zealand Movies,” among others.

Along with its streaming service, Netflix lets you download movies and TV shows for free. After updating the app on a compatible device, like an iOS or Android phone with more storage or a media streamer, you can save certain Netflix videos to watch later at home or on the go.

You can start watching content that’s only partially downloaded, which is helpful if you’re in an area with slow Wi-Fi. When you find a better internet connection, you can finish downloading and start watching again.

Also, if you use the Smart Downloads feature, you can download content to watch offline on your iOS or Android device, and it will delete itself after you watch it. This helps save time and space. When you watch a series, the next episode automatically downloads after you delete the one you just watched.

Netflix not only lets you stream traditional TV shows and movies but also a growing number of programs in 4K. (mostly in-house produced programming). Netflix will only show you the 4K listings if it knows you’re watching on a 4K-compatible screen.

Netflix has a lot of TV shows and movies in 720p, 1080p, and Dolby Digital Surround Sound for people who don’t have access to 4K.

Netflix checks your internet connection by itself. If your broadband speed is fast enough to handle the 1080p signal, the resolution will be changed automatically.

Netflix is available on a lot of different devices, and all of them have access to the streaming library, but not all of them can play 3D or 4K content. Many don’t always have the most up-to-date on-screen interface and other features that make them easy to use or navigate. Because of this, Netflix keeps a list of suggested TVs. Some of the ways to get on the list are:

Note: Check out the Official Netflix Device List for a list of devices that can access Netflix. This list is updated regularly, but it may not include all of the above criteria that TVs are judged on.

How do you use the feature Netflix Party?
Start by adding the Netflix Party extension to Chrome (now called Telepathy). Then, sign in to your Netflix account, choose a video to watch, and go to Netflix Party > Only I have control > Start the Party. Netflix gives you a URL that you can share with friends and family so you can all watch at the same time.

Who runs Netflix as CEO?
Reed Hastings is both the head of Netflix and its chairman. In 1997, he and Marc Randolph started the company.

How do you change Netflix’s language?
Sign in to Netflix on a browser and go to Account > Profile > Language > Language. Choose a different language for the screen and click Save.