Intel puts its processors in different kinds of Land Grid Array (LGA) sockets. So it’s important to make sure that the CPU and motherboard will work together before you buy them.

For example, the LGA 1700 socket type works with the i9-12900K processor. So, you couldn’t put this processor on an old motherboard with an LGA 1150 socket and expect it to work.

As long as there are no problems with compatibility, it is easy to install an Intel CPU. You unlock the CPU, make sure it’s in the right place, and gently drop it into the socket. Then you lock it back into place. You can do this by following the steps in the sections that follow.

How To Install Intel CPU

We wrote down the steps to take out an old CPU and put in a new one because most people will find that helpful. If you’re putting a CPU on a brand-new motherboard, you can skip the first part.

This is the part where you actually put it in. Here is the full list of steps:

Everything backs together and test the new CPU

Now that you’ve put in the new CPU, all that’s left to do is reattach the cooler, motherboard, and everything else, and test how well the new CPU works. Here’s what you need to do:

Disconnect Motherboard and take the Cooler out.

The motherboard can stay in the case, but most people take it out because it’s much easier to work with. Unless the motherboard is brand new, you’ll also have to take off the CPU cooler.

Here’s what you need to do:

You may also like: How To Ground Yourself When Building A PC

How to Apply Thermal Paste

No matter what you call it—thermal paste, thermal grease, thermal compound, or sticky grey heat transfer goop—it pays to know how to use it. Even though a lot of CPU coolers come with paste already on them, CPU sizes vary, so the best way to make sure you’re using the right amount is to do it yourself.

But how much is just right? You want a thin, even layer to cover the entire integrated heat spreader, which is the metal layer on top of the CPU that touches the cooler. On Intel chips that fit in LGA 1151 or LGA 1200 sockets, that’s about the size of a pea, but AMD’s bigger Ryzen chips need a blob that’s a little bit bigger than a pea. Alder Lake/LGA 1700 processors are taller than 10th and 11th Gen Intel chips, so they could also use a little bit more space.

I usually just guess the amount, put it in the middle of the chip, and put the cooler on right away. If the weight is put on the paste evenly, the contact plate on the cooler will spread the paste in a nice, even way without any extra tools. But if you want to make sure you cover the whole IHS, you can spread the paste around with a piece of card or a funny-looking small plastic spatula before putting the cooler on top. This also lets you pick up any extra paste. Remember that we only want a thin layer, because too much will keep heat from moving through the processor.

If a cooler doesn’t come with paste already on it, it may come with a small tube of it in the box. It’s not expensive to buy paste, though. A 4g tube of Arctic MX-5 costs $7 and can be used in a number of ways.

How to install a CPU cooler

Please understand that this section isn’t really a guide because there’s no one way to install a CPU cooler. There are different types of water and air coolers, and different manufacturers use different mounting kits and methods. In the future, I’m going to write a more detailed guide on how to install AIO watercoolers, but for now, it’s best to just follow the printed instructions for your specific cooler model.

Still, I have a few tips that work for most air coolers and AIO watercoolers… 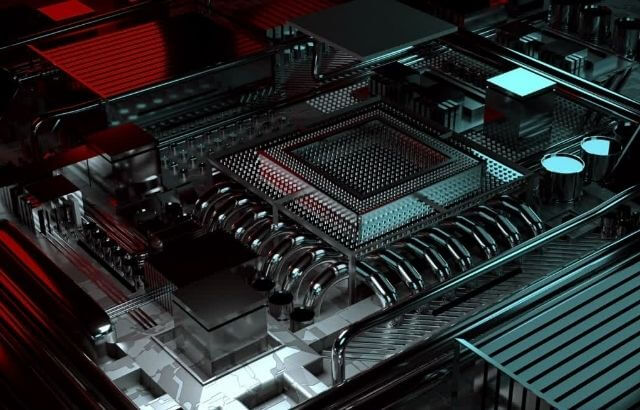 How to put a laptop’s processor in?

Installing a processor in a laptop is a bit trickier than on a desktop because there are a lot more parts to work with and keep track of. You might find our detailed guide on installing and upgrading laptop CPUs helpful.

What to Do Once a New CPU Is Installed?

As soon as you put it into the socket, you should put some thermal paste on it and then put the CPU cooler on top. In the article above, we explain the steps you need to take. Most users like to use benchmarking tools to see how well their system works after the whole process is done. The next step is usually to overclock the CPU.

Is it normal for the CPU to make a crunching or grinding sound when being put in?

Most users find that they have to push down on the lever harder than they thought they would have to in order to install the CPU. During this process, it is common to hear a faint metallic noise. This can make it sound like the pins are breaking, which scares almost everyone, even those who know this is a normal sound.

Assuming you lined up the CPU correctly and dropped it straight down into the socket, this sound is not caused by broken pins. Instead, it is caused by the fingers of the socket being pressed together. This effect is especially noticeable in Intel’s LGA 1700 sockets and the newest 12k series processors.

Most likely, the pins on the CPU are not touching or are bent. In this case, you can either reinstall the CPU or fix the bent pins. The BIOS not being compatible with the CPU is another common cause of this problem. In this case, you can get the latest version of the BIOS. Usually, newer versions work with newer processors, so this should fix the problem.