What exactly is Apple TV Plus?

Apple TV Plus is the company’s premium subscription streaming service, which competes with Netflix, Hulu, Amazon Prime Video, and others. Except for marketing for content and add-on streaming services within Apple TV Plus, it is fully ad-free. The platform includes a slew of original series and films produced by Apple’s Originals division.

This complements Apple’s existing Apple TV, a set-top streaming box that also offers access to other streaming services. The idea is that you can consolidate all of your streaming services into one location rather than remembering several accounts and passwords.

Because we understand that there are various services and products under the Apple TV umbrella, here’s a breakdown of the three:

How Many Devices Can You Use for Apple TV Plus?

Your membership is available on any device that is signed in to the Apple TV app using your Apple ID. If you’re a member of a Family Sharing group, your family can stream video from a channel on up to three devices at once. Some channels may allow you to stream on more than three devices at the same time.

Is Apple TV Plus worth the money?

The value of Apple TV Plus is determined by how much you value fresh and unique content. It’s not the place to go if you want to binge-watch The Office for the umpteenth time.

Apple TV Plus does provide some amazing original material that may be worth the membership fee for dedicated TV fans. They include the science-fiction epic Foundation, based on Isaac Asimov’s classic novels; The Morning Show, a drama starring Jennifer Aniston, Reese Witherspoon, and Steve Carell; See, an epic sci-fi drama starring Jason Momoa and Alfre Woodard; and many others.

In comparison to other streaming heavyweights, Apple TV Plus will not provide access to current blockbuster films or fan-favorite oldies, but it is the only service that focuses so heavily on big-budget original programming. According to reports, Apple is investing billions of dollars to acquire top-tier talent and has enough means to keep the platform functioning indefinitely.

Apple TV Plus also comes with a pretty generous family sharing plan that allows up to six family members to share the same account. Even better, they can use their own logins, which eliminates the need for you to reveal your password to anyone.

Another factor to consider is that if you are currently a member of the Apple ecosystem, you may be able to obtain the service for free. 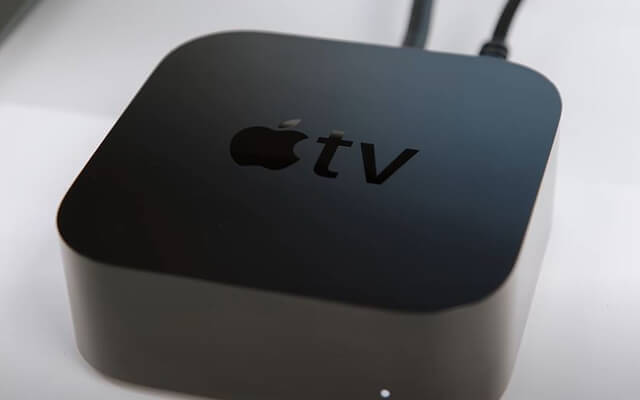 Learn more: How to Pair an Apple TV Remote

Where can I get Apple TV Plus?

Apple TV Plus is available in 107 countries worldwide. It is not available in every country where the Apple TV app is supported. South Korea, Romania, Turkey, and other high-population countries are included.

Apple, on the other hand, has vowed that every Apple Original will be subtitled or dubbed (or both) in over 40 languages. Closed captions will be available on all titles for viewers who are deaf or hard of hearing.

Here is a complete list of all 107 countries where Apple TV Plus is available:

What is the price of Apple TV Plus?

In the United States, Apple TV Plus costs $4.99 per month with a seven-day free trial. An annual subscription is also available for $49.99. This cost unlocks all Apple Originals, but additional Apple TV Channel subscriptions must be purchased separately.

It’s worth mentioning that the service has only one pricing, and it includes up to six family members, 4K quality, and media downloads. There are no more expensive plans with additional features; everything is included in the basic package.

If you currently subscribe to a few other Apple goods, such as Apple Music, and Apple One subscription may be worthwhile. For $14.95 each month, you get Apple TV Plus, Apple Music, Apple Arcade, and 50GB of iCloud storage. There is also a $19.95 family package for up to six family members. The most expensive subscription is $29.95 and includes 2TB of iCloud storage as well as Apple News Plus and the new Apple Fitness Plus.

Other countries have similar prices, but you can find a list of foreign Apple TV Plus prices below: 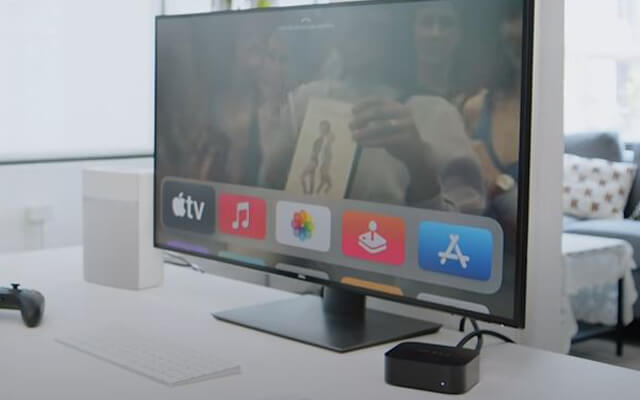 How can I obtain a free Apple TV Plus?

To promote its new streaming service, Apple first provided a free year of Apple TV Plus to anyone who had just purchased an Apple product. iPhones, iPods, Macs, iPods, and Apple TV set-top boxes are all included.

How can I sign up for Apple TV Plus?

Signing up for Apple TV Plus is simple, and it can be done via the web or the Apple TV app. It’s often the first thing you see when you open the Apple TV app. To get started, simply tap Try It Free and confirm your payment. The first seven days are free, but after that, you will be charged $4.99 a month automatically.

Simply go to the Apple TV Plus website and click the Start Your Free Trial button. If you aren’t already logged in, you’ll need to log in, although the entire procedure takes less than a minute.

No matter how you join up, a pop-up will appear informing you whether you have a free year or three months to claim as a result of a previous purchase.

If you use other Apple services such as Apple Music, iCloud storage, and Apple Arcade and your free Apple TV Plus subscription expire, you can upgrade to an Apple One subscription. When compared to the cost of all of these services separately, the bundle will save you money.

What is available on Apple’s streaming service?

Under the Apple Originals program, Apple TV Plus is all about original programming. These include series, movies, and documentaries starring some of Hollywood’s biggest personalities. Apple’s streaming service has an advantage over some competitors due to the company’s large coffers and affiliations with other businesses.

Apple TV Plus has many amazing shows and movies, with new content added monthly, and in many cases, you can watch the first episode or two of an Apple Original series for free. This is a wonderful way to determine if you want to watch more before beginning your seven-day free trial.

Apple began syndicating older content in May 2020 to assist enhance the content portfolio. As of this writing, the solely licensed content is the 1980s Fraggle Rock series and Charlie Brown Christmas specials. These additions make sense given that Apple TV Plus also has the right to create brand new Fraggle Rock and Peanuts episodes as part of the Apple Originals program.

We won’t include every episode and movie available on Apple TV Plus in this article, but here’s a quick rundown of some of our favorites to give you an idea of what to expect.

Apple TV Plus shows to watch

Apple spent substantially on original series for the platform, and while few have really captured the hearts and minds of the general public (Ted Lasso being the notable exception), there are several outstanding shows available.

We have a comprehensive list of the greatest Apple TV Plus series, complete with trailers and descriptions, but here’s a quick rundown of some of our favorites. 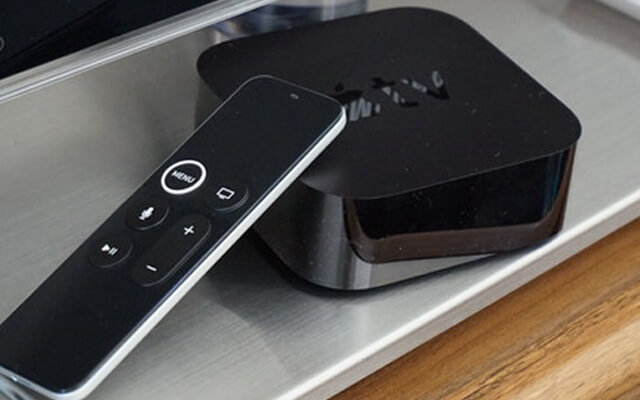 How Do I Configure Family Sharing on Apple TV Plus?

This section explains how to use Family Sharing to access Apple TV Plus on various devices.

The family organizer will set up Family Sharing on their iPhone, iPod touch, iPad, or Mac using the Apple TV+ application. An Apple TV device cannot be configured directly for Family Sharing.

Following the activation of Family Sharing, the family organizer will confirm the Purchase Sharing selections and payment method (credit card or debit card).

Ascertain that you have an Apple ID. This will be used to make purchases in the App Store or iTunes Store.

Here’s how you sign up for Apple TV Plus across various devices:

You can subscribe to Apple One: Family instead if you wish to package your Apple TV Plus membership with other Apple services. It comes with Apple TV+, Apple Music, Apple Arcade, iCloud+, and other features.

You can create the Family group on your iOS device or Macbook by following these steps:

On Your iPhone or iPad

Follow these steps if you’re using macOS Mojave or earlier:

Step 3: Invite Others to Be a Part of Your Family

The following step is to invite others to join your family group. Ascertain that each member has an Apple ID in order to invite them to the group.

Is Apple TV Plus worthwhile?

The value of Apple TV Plus is determined by your desire to watch new and original programs. It has titles like Ted Lasso and The Morning Show, but it isn’t the place to revisit The Office.

How do I get my hands on free Apple TV Plus?

There are several ways to obtain Apple TV Plus for free: You can obtain a free seven-day trial at any time, a free month of Apple One subscription, or three months free with the purchase of any Apple device.

Apple TV original episodes and movies are available to you and up to five family members, for a total of six profiles.

What does Apple TV Plus include?

Apple TV Plus includes Ted Lasso, The Problem With Jon Stewart, and Stillwater among its many original movies and series.

Is it possible to share Apple TV Plus with family members?

Yes, Apple TV Plus lets you create up to six profiles so you and your family may watch shows together or separately.

Are Apple TV Plus programming and movies available in 4K?

Yes, all Apple TV Plus episodes and movies are available in 4K resolution for streaming or downloading.

Is there advertising on Apple TV Plus?

No, there are no advertisements on Apple TV Plus.

Is there parental control on Apple TV Plus?

Apple TV Plus memberships can be shared with up to five other accounts (for a total of six), while the program is officially limited to family members only.

Is Apple TV Plus available on Roku?

Is it possible to stream Apple TV Plus on an Amazon Fire TV Stick?

Can a Chromecast be used with Apple TV Plus?

Officially, Apple TV does not support Chromecast. You can get around this by casting a browser tab with the web app open, but the quality and simplicity of usage suffer as a result.

Can Apple TV Plus be viewed on consoles such as the PlayStation 4 and Xbox One?

Yes, Apple TV Plus is compatible with the PS4, PS5, Xbox One, Xbox Series X, and Xbox Series S.

Will there be more syndicated content on Apple TV Plus?

Apple hasn’t made any comments about introducing more syndicated content, but it appears to be a part of the platform’s growth strategy.

Users can share their Apple TV Plus subscription with up to five other Apple IDs when Family Sharing is activated.

This means that each Apple TV Plus subscription allows for up to six concurrent streams. On the Apple TV app, each family member will see their own preferences and recommendations.

The family organizer must add individuals to their family group using an iOS device or a Mac in order to set up Family Sharing.

You must also configure the Purchase Sharing options, which govern how purchases are divided and paid for.